with love and Light Blessings

(no outside contact with the world during those retreats) 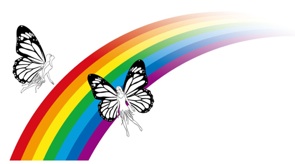 “The Body is held together by sound - the presence of disease indicates that some sounds have gone out of tune.”

▲top
*Exploring Consciousness is an independent Film Festival under the auspices of the non-profit Rokpa Trust, South Africa, a Tibetan Buddhist charity.


Directed by Dzongsar Khyentse Rinpoche, who also made the critically acclaimed The Cup, this latest film tells the story of a young Bhutanese man who dreams of escaping to America while stuck in a ravishingly beautiful but isolated village.  Set against the spectacular, evocative landscape of the remote kingdom of Bhutan, the enchanting Travellers and Magicians shows us the “grass is always greener on the other side” view that we all share regardless of culture, as the young man Dhondup, encounters a monk, a fruit vendor, and an elderly man and his beautiful daughter on his journey.  The mischievous monk tells Dhondup a story of another young man who sought a land far away: a tale of lust, jealousy and murder that holds up a mirror to the restless Dhondup and his blossoming attraction to the innocent young woman. This is a charming, funny and gently thoughtful movie about dreams, duty, impermanence and how small events can change the course of one’s life.

“Lovely and enthralling!… Imbued with a playfulness and generosity that clearly establishes Norbu as the natural heir to Indian master Satyajit Ray.”  - San Francisco Weekly


Heila and Rodney Downey both had successful careers, owned a large house and drove the latest Mercedes.  Yet the question remained: “Is this all there is to life?”  After attending a Zen retreat at BRC Ixopo, they decided to change their lives and dedicate themselves to help others.  They moved to Robertson where they set up a Zen Dharma Centre.  They teach Zen also at the Malmesbury prison and help their community in many ways.  Film made by Reene Scheltema for a Dutch Buddhist TV station.


A fascinating new film focusing in the great yogis of Tibet, and their lives in retreat practicing secret self-transforming physical and mental exercises.  Through these techniques they have developed extraordinary control over both body and mind.  Normally these yogis are vowed to extreme secrecy to maintain purity of their practices, but agreed to be interviewed, including one rare demonstration of yogic exercise and ability, to help preserve their vanishing culture.

This film includes an interview with the Dalai Lama and scenes from a meditation retreat by two yogis in caves at Lapchi, a place made famous by Milarepa.  There are also interviews with many yogis, especially from the Drikung Kagyu lineage.


“Spectacular yogic exercise footage never seen before and not likely to be seen elsewhere again.  As close a peek as anyone can get to the ways of the mystical Tibetan yogis."” Pema Thinley, Editor, Tibetan Review.


A National Geographic Film.  Few non-Muslims have glimpsed its sacred glories.  All Muslims are drawn by its holy summons.  Now, explore Islam’s most revered city to experience a spiritual phenomenon that has endured for more than 14 centuries.  Witness the personal challenges and spiritual rewards of three pilgrims as they join some two million Muslims on their haj.  Explore key Islamic sites and ancient rituals that only a handful non-Muslims have witnessed.  Discover the spiritually charged history of Mecca and its place at the center of perhaps the most misunderstood religion in the world.

come to
Discover how the sound patterns in your voice are a mirror of
your physical and emotional patterns, genetic coding, and healing potential!


"The body is held together by sound—the presence of disease indicates that some sounds have gone out of tune."  - Dr. Deepak Chopra

Christine will also be giving 10-15 min.
Aura Soma Color Reading and Songaia Voice Analysis mini session for you to experience the healing power of Sound and Colors within you!!